The Flag of The Azores Islands

The Flag of the Azores is the regional flag of the Autonomous Region of the Azores. It is a rectangular bicolour with a field unevenly divided into blue on the hoist, and white on the fly. Adopted in 1979 by the regional government of the Azores, it is based on the traditional colours and symbols of Portuguese flags used prior to the revolution of 1910. 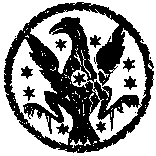 The northern goshawk appears on the flag of the Azores. The archipelago of the Azores, Portugal, takes its name from the Portuguese language word for goshawk, (açor), because the explorers who discovered the archipelago thought the birds of prey they saw there were goshawks; later it was found that these birds were kites or common buzzards (Buteo buteo rothschildi).

The Azorean colours have their beginning in the royalist history of the Portuguese nation, first presented in the coat of arms of Henry, Count of Portugal.

During the height of the Portuguese Civil War, in the early 19th century, the Azores served as an important Liberal stronghold, with the prominent Duke of Terceira struggling against the absolutists led by Dom Miguel. The colours of the flag were thus adopted from the Portuguese liberal flag, as to demonstrate the Azores’ important role in the establishment of a constitutional monarchy in Portugal. The Azorean flag therefore came as an adaption of the flag used from 1830 until 1910, when the monarchy was abolished.

Even in the post-Carnation Revolution, some groups, such as the Azores Liberation Front (Frente de Libertação dos Açores or FLA) began adopting symbols that were comparable to the traditional blue-and-white. The current flag of the Azores was mostly based on the flag first employed by the FLA, a right-wing independence movement that appeared after the Carnation Revolution, out of the fear of Portugal becoming a Soviet puppet-state. According to the organisation, blue and white stood for Portuguese classical liberalism, as opposed to the “totalitarian socialist forces” that would dominate the country in the mid-1970s.

Blue and white have always been the traditional colours used by the Portuguese nation.

The name of the archipelago comes from the Portuguese word açor, meaning goshawk, because it was supposed to be a common bird at the time of the discovery. However these birds never existed on the islands, they actually were a local subspecies of the buzzard (Buteo buteo), that was erroneously identified as goshawks by the first explorers. ThePortuguese lesser arms are present in the top left corner of the flag.